Napoleonic Wargames Blogs for May

Jabba had a great game - singling out a section of the Battle of Leipzig.

"My task was to capture Probstheida, held by veteran French troops with Napoleon and his Imperial Guard to their rear as a reserve. The Austrians were to pin the Young Guard in place while the Russians on my right were to try and roll up the French left flank, comprised of newly raised units, and prevent them re-enforcing the village. The Russian guard were to exploit any inroads made or capture Probstheida if my Prussians failed". 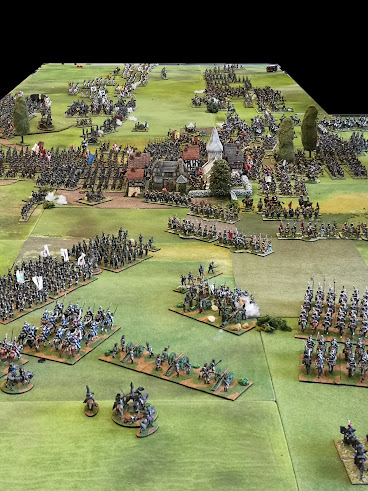 Some glorious eyecandy at http://jayswargamingmadness.blogspot.com/2022/05/napoleonic-russian-army-major-progress.html as he comes close to completing (what a curious idea) his Napoleonic Russian Army in 28mm. 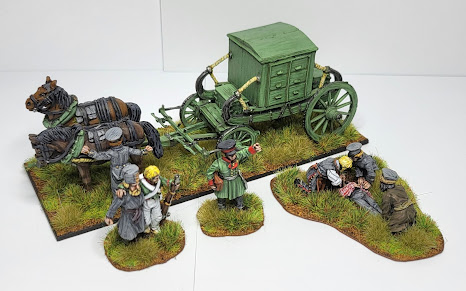 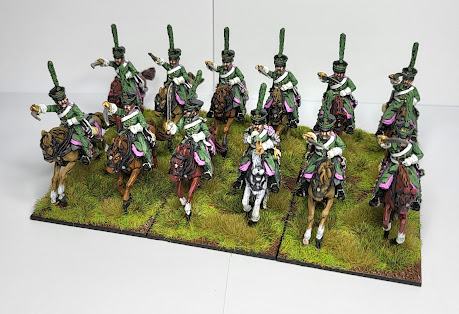 This is not from may but I've just spotted an effective painting guide over on
https://krigetkommer.weebly.com/napoleonics-blog/french-line-infantry-part-2-painting

How nice to have a battle where you legitimately field the entire Imperial Guard! 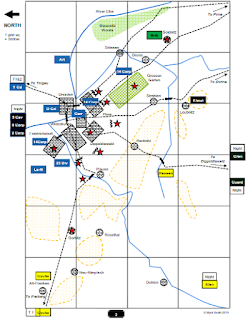 Knuckleduster Miniatures are new to me - thanks to https://alystoysoldiers.blogspot.com/2022/05/the-war-of-1812-another-british-unit.html 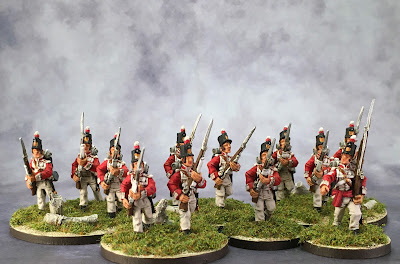 Sgt Steiner has been testing the Soldiers of Napoleon rules  from Warwick Kinrade at Artorus Games.  They're card driven and Sgt concluded:

Enjoyable game overall (the cards make it) but unsure if is preferable to other more 'dynamic' sets we use for the period but always nice to have choice/options imho.

Saxondog has been painting Austrians! 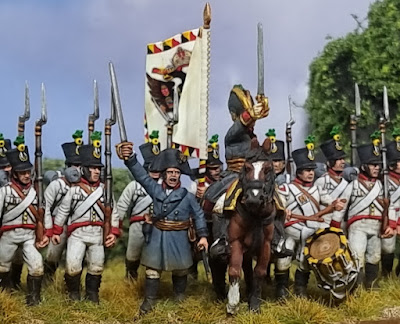 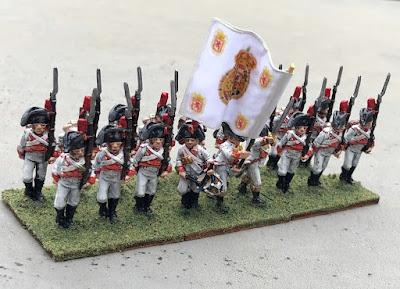 Victrix are close to releasing these veeeeery charging Dragoons (how often did they get this fast - if ever?) 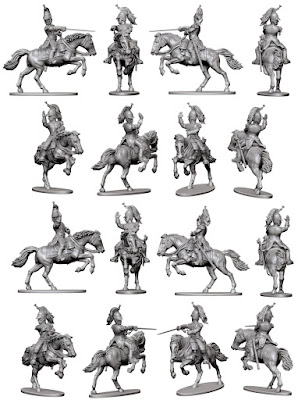 The Perry's indulged in a Napoleonic Feast of a weekend:
https://www.facebook.com/perryminiatures/posts/4882260121896055 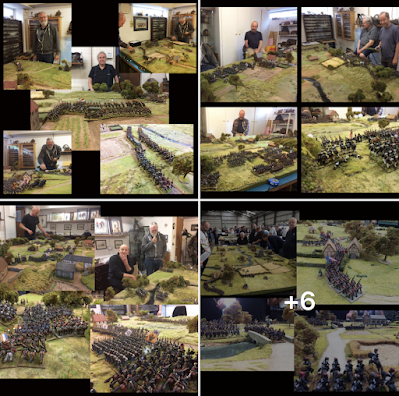 Email ThisBlogThis!Share to TwitterShare to FacebookShare to Pinterest
Labels: Napoleonic

Here's the link if you want to have a look :  They're the fab green uniforms (with higher officer wearing their blue Middle Guard ... 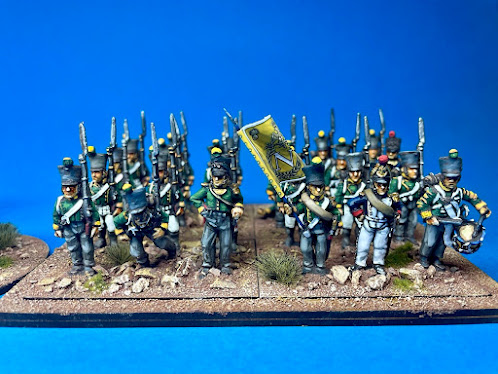